QI TAKEAWAY —  Oil breaking north of $100 should light up the energy patch. However, energy shock risk is not a friend to the broader stock market. Upper-income households are the biggest spenders and have the most to lose from extended stock price compression even as the Fed is forced to push ahead with tightening plans. 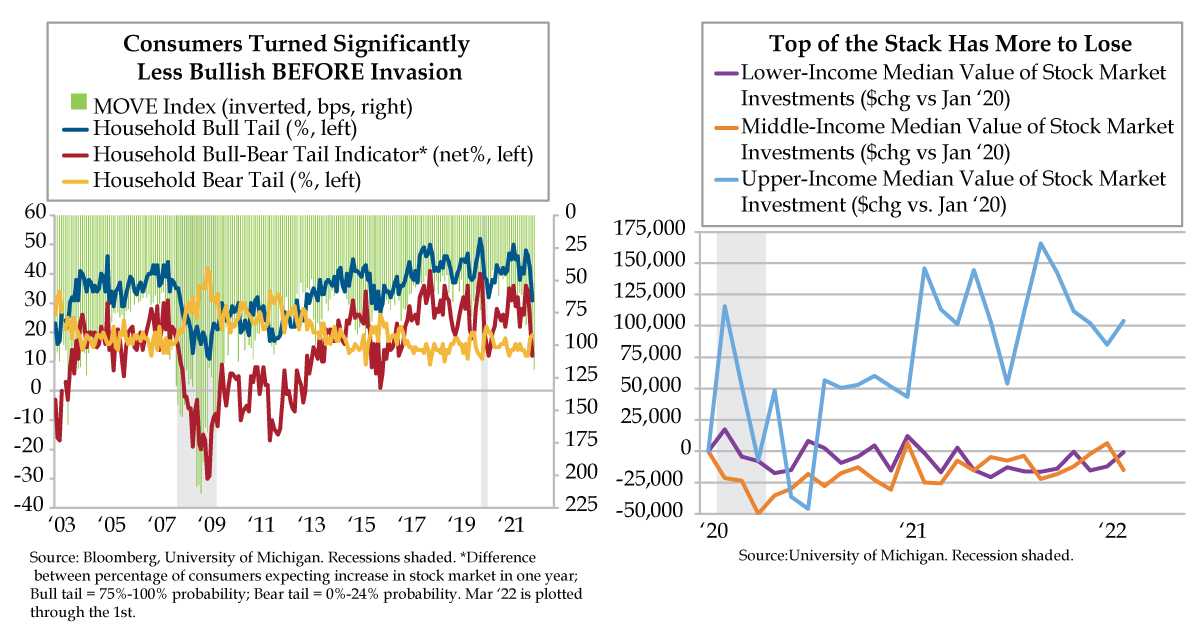