QI TAKEAWAY — With inversions across Canada’s forward yield curve, we sense the reality of recession risk has been postponed, not allayed, which questions the certitude that Wednesday will bring a 50-basis point hike from the Bank of Canada. We would add that Bank of America’s Friday downgrade of transports included moving to neutral for both Union Pacific’s and Canadian Pacific’s stocks. Rail being the relative outperformer in the sector leaves it vulnerable. 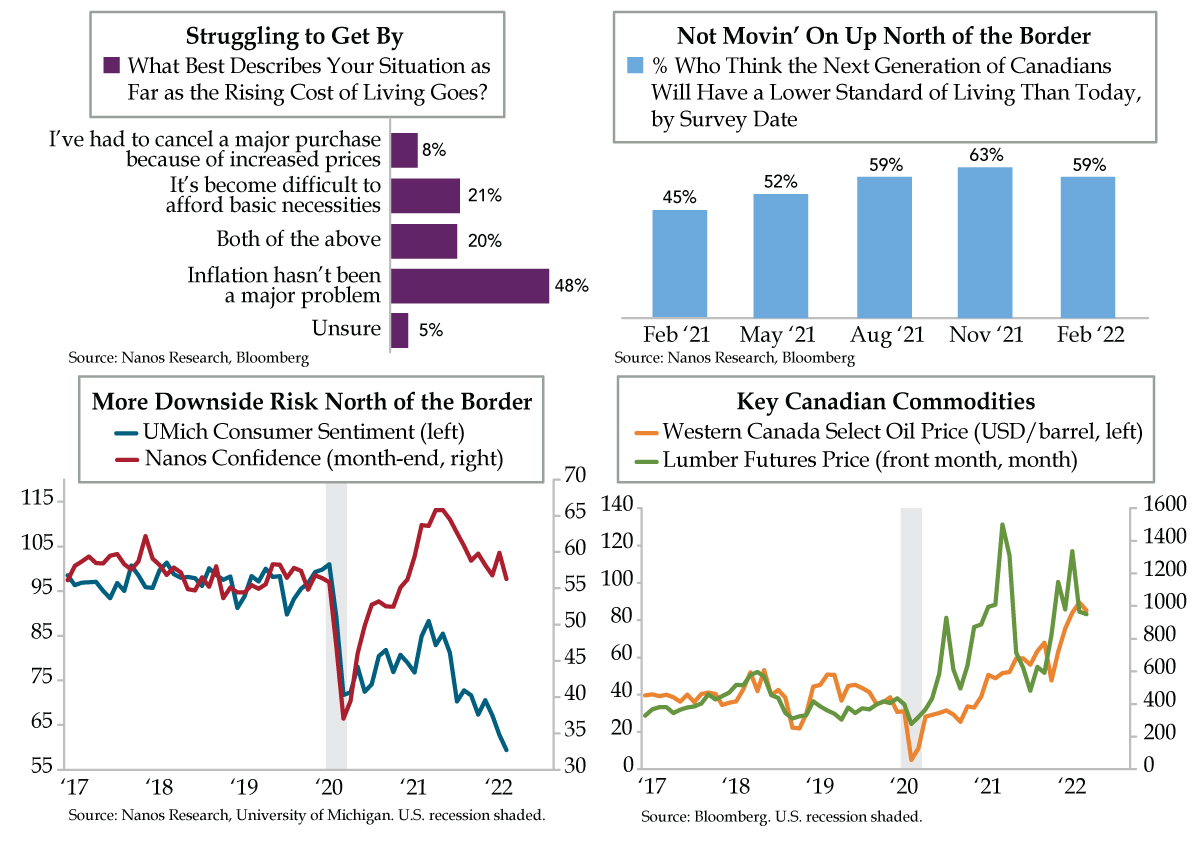