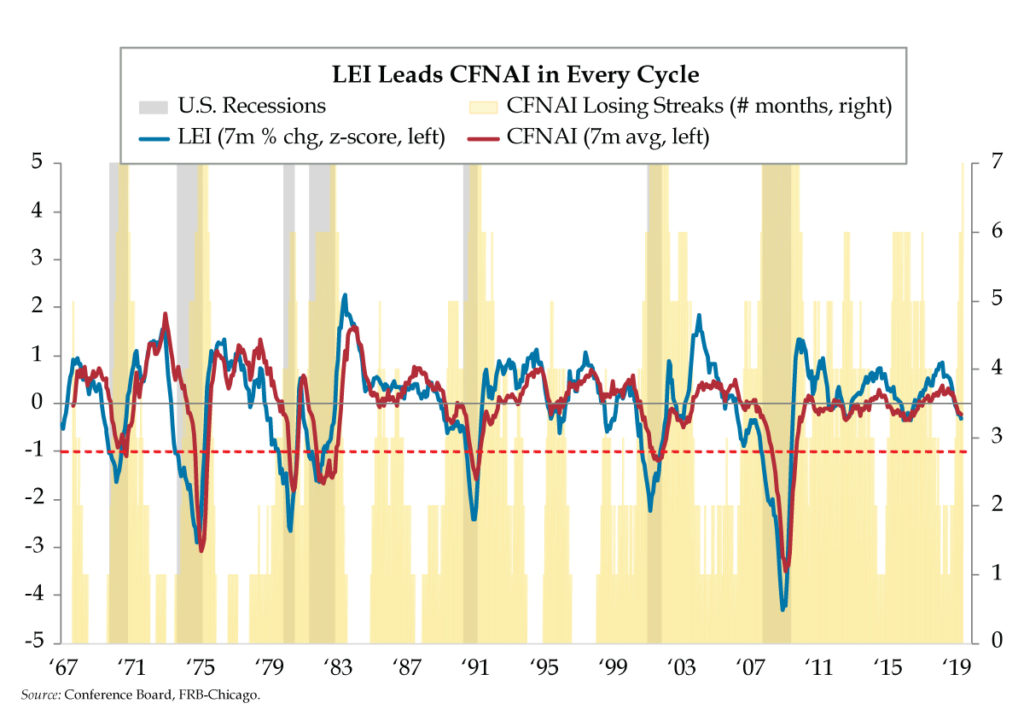 Walk into any casino in the world and you’ll hear the biggest cheers coming from one spot on the floor– the craps table. It’s the one game where you have a better-than-even chance to win by throwing a ‘7’ via six different combinations (on two dice) out of a possible eleven numbers from 2 to 12. Feel lucky? The fundamental bet in craps is the “Pass Line,” favoring the “shooter” (or dice thrower) wins out. If the “come-out” (or starting) roll is 7 or 11, the bet wins. If the come-out roll is 2, 3 or 12, the bet loses (“crapping out”). If the roll is any other value, it establishes a “point”. If, with a point established, the point is rolled again before a 7, the bet wins. If, with a point established, a 7 is rolled before the point is rolled again, the bet loses (“seven out”). Head spinning yet? Craps’ rules and wagers are lengthy. Google them next time you’re headed to Vegas or AC and then buckle up.

Just like craps, cycle chasing has a language all its own. But there are times when one translates into the other. That happened upon the release of yesterday’s Chicago Fed National Activity Index (CFNAI) for June.

As a refresher, the CFNAI is a weighted average of 85 monthly indicators of economic activity drawn from four broad categories: 1) Production and income, 2) Employment, unemployment and hours, 3) Personal consumption and housing, 4) Sales, orders and inventories. Want the full list? See the link. CFNAI is a broader blend between the Conference Board’s Leading Index of ten indicators and its Coincident Index of four indicators. Notably, the latter is used by the National Bureau of Economic Research to officially designate U.S. recessions.

June marked the seventh consecutive reading below the zero line for the CFNAI, as in seven straight months of U.S. national activity growing below trend. What’s the significance of seven? The lucky number spans three corporate earnings seasons. Not to mention, it’s “fact” territory. According to QI’s Dr. Gates, four months establishes a “fact,” which bests a “trend.”

Below-trend growth that spans three earnings cycles qualifies as a top-line risk, a direct challenge to revenues. This characterization ups the ante from a pure trade war risk, which manifests in costs pressuring the bottom line. We should be careful to emphasize that this transition is not a reality…yet.

Cue FactSet’s latest Earnings Insight from Senior Earnings Analyst John Butters: “For the second quarter, the S&P 500 is reporting a year-over-year decline in earnings of -1.9%, but year-over-year growth in revenues of 3.8%. Given the dichotomy in growth between earnings and revenues, there are concerns in the market about net profit margins for S&P 500 companies in the second quarter.”

Chicago “seven out”. The seven-month CFNAI losing streak has accompanied six of the seven recessions since the index’s inception in 1967.  All of this talk about topline risk overlapping with recessions of days past got us thinking about last week’s downside surprise in the U.S. Leading Index (LEI). The -0.3% drop in June was the largest in three years which raised the question:  What composite index – CFNAI or LEI – is a better guide around cyclical turning points?

Let’s level the playing field, with a twist. To cover three earnings periods, we pitted the two metrics against one another – the CFNAI’s seven-month average vs. the LEI’s seven-month percent change which we then converted to z-scores (long-run averages adjusted for volatility). The z-score rule of thumb: readings of +/-1 reveal a significant deviation from the trend. That’s the hurdle to keep your eye on.

What we found is that the LEI leads the CFNAI in every cycle. In the seven recessions since 1970, on average, the LEI hit the ‘-1’ threshold eight months prior to the CFNAI. Are we there yet? LEI’s seven-month z-score was -0.30 in June, while the CFNAI’s seven-month average was -0.23. So no, we’re not there yet. And that’s the best news you’ll hear today. It’s early. You can adjust your portfolio holdings now ahead of further deterioration in the fundamental outlook.

It’s key to understand that unlike the LEI, the CFNAI is the laggard because it doesn’t include any financial indicators, such as the stock market. As mentioned above, CFNAI hints at emerging revenue headwinds. But that narrative is not widespread in the second-quarter corporate earnings season narrative.

Should sub-zero CFNAI readings persist into the third quarter, the S&P 500 will start to sniff out the scourge of top-line risk and drag down the LEI in the process as the S&P 500 is one of the LEI’s ten components. Bank on such a development reinforcing a negative feedback loop on U.S. growth crapping out.