Tune to a Higher Frequency 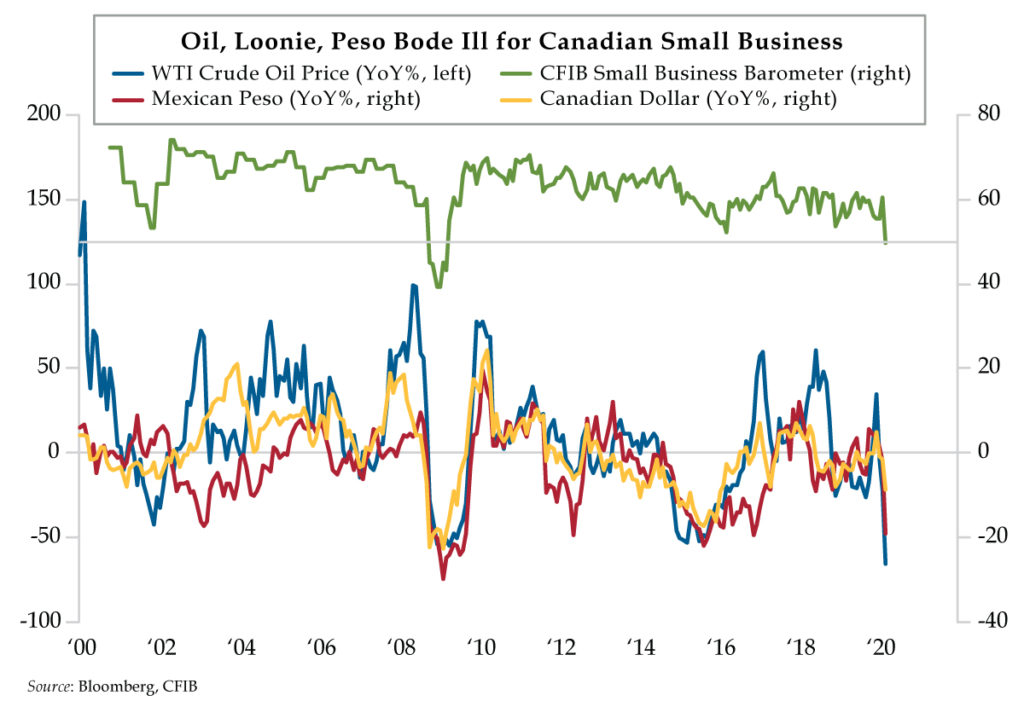 In the 1870s, Scottish physicist James Maxwell developed a unified theory of electromagnetism and predicted the existence of radio waves. It wasn’t until 1886 that Heinrich Hertz took the technology one step further. Hertz, a German physicist, applied Maxwell’s theories to the production and reception of radio waves. Using simple homemade tools, he engineered electromagnetic waves and became the first person to transmit and receive controlled radio waves. The unit of frequency of an electromagnetic wave – one cycle per second – is called a “hertz” in his honor.

The Super High Frequency (SHF) band includes short-range, common applications such as WiFi, Bluetooth and wireless USB (universal serial bus) as well as good old-fashioned radar. In the economic world, SHF indicators are recorded daily vs. the bulk of data that’s reported on a monthly or quarterly basis.

The Coronavirus has introduced extraordinary circumstances for cycle chasers. Regularly scheduled channel checks have been displaced by the urgent need to take vital signs on a daily or weekly basis. Our endearment for one Canadian economic report that turned up its frequency during the financial crisis has intensified.

The Canadian Federation for Independent Business (CFIB) will now be releasing its Business Barometer survey twice a month, a higher frequency than its former monthly tally that was quarterly prior to the crisis. This sister survey to the U.S. National Federation of Independent Business (NFIB) posted a sizable drop in small business confidence in early March. As for the latest, the CFIB dropped to 49.8 in the March 2-13 survey period, an effective stall versus February’s 60.5 reading.

But the key takeaway wasn’t the flash headline number, it was that 80% of responses were received on March 2 and 3, an eternity when you consider the extraordinary events that have since transpired.

Case in point, just yesterday, Canadian Prime Minister Trudeau and President Trump agreed to “temporarily restrict all nonessential travel across the Canada-U.S. border.” Also known as the 49th Parallel, the 5,525-mile longest undefended border in the world will see an unprecedented drop in traffic.

In turn, the spot Canadian Dollar (CAD) closed the trading day at about C$0.69 yesterday, well below the C$0.75 rate when most of the March flash CFIB was collected. It doesn’t matter how cheap Canadian vacations have become for U.S. travelers, there’s no taking advantage of it for the time being. Small businesses that thrive off the tourism trade will suffer an immediate cash flow freeze. Bank on the next CFIB print taking out the Great Recession lows.

The CAD story also tells a woeful energy tale. The recent days’ oil price collapse has taken out the early-2016 lows of $26 per barrel. West Texas Intermediate (WTI) closing at $22 per barrel yesterday suggests energy market weakness hasn’t fully flowed through to the foreign exchange market. CAD usually trades tightly with WTI, and CAD nearly matched the 2016 lows when oil was $4 higher per barrel. Even Western Canada Select (WCS), the Canadian oil benchmark, took out the 2016 lows, closing near $9 per barrel.

The CAD story is also about autos. Detroit’s “Big Three” automakers — General Motors, Ford and Fiat Chrysler — announced yesterday that they’re temporarily idling plants to stop the spread of COVID-19. The interconnectedness of the North American auto supply chain means there will be an immediate and direct impact north of the border, especially in the key auto-producing province of Ontario. Tellingly, Google searches for “employment insurance,” Canada’s version of jobless benefits, were most popular in Ontario which outweighed any other province over the past seven days, posting a significant spike on Wednesday, March 18.

They may be separated by a country in between called the United States of America but the move in the CAD is also about the Mexican peso (MXN). Anyone else tilt your head like the family dog? Mexico’s exposure to travel & tourism and oil & autos are a sneak preview of what’s to come for the loonie. At just under 24, the MXN is testing record lows versus the U.S. dollar.

To level the playing field, we depicted WTI, MXN and CAD, all on a year-over-year basis above. The normalized comparison revealed larger relative declines in WTI (-65%) and MXN (-19%) than in CAD (-9%). Is CAD donning its safe-haven suit like it did in the last crisis? Or is this just a case where CAD will play “catch-down” to WTI and MXN? We’re leaning in the latter camp.

The rapidity with which Canada’s economy is adjusting is the likes of which we’ve never seen. The same goes for every other economy. In. The. World. Luckily for members of the CFIB, it’s created a special Coronavirus webpage to support its members during this high frequency business disruption and employee dislocation. No over. No out. But tuned in.