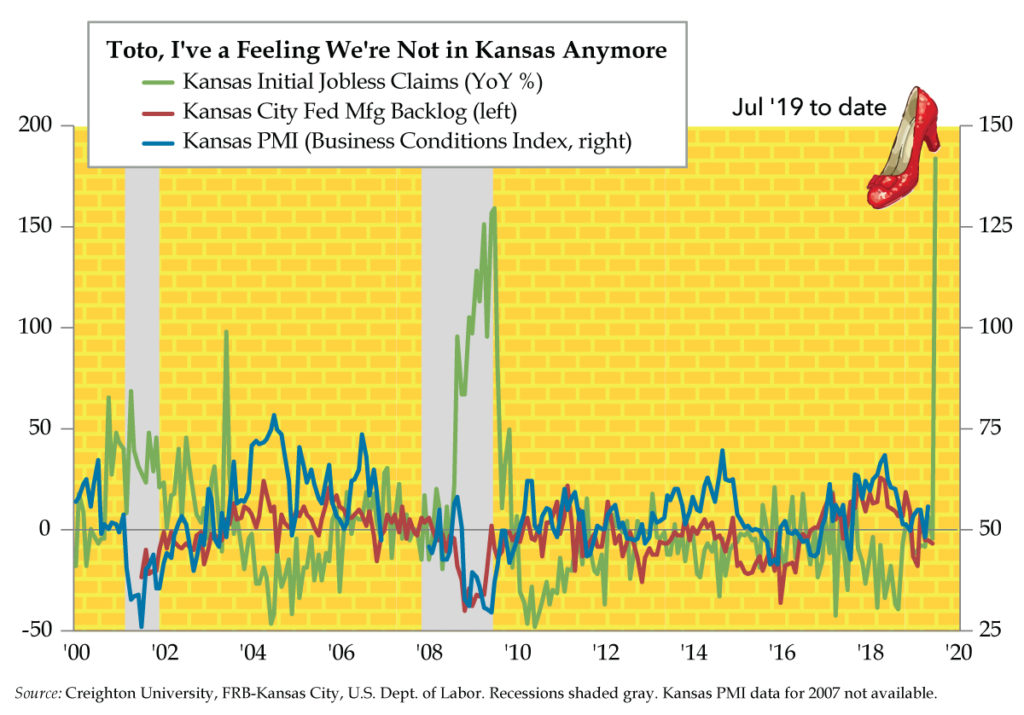 If you hold something precious, it’s best to provide sufficient safeguards, and just in case, have good insurance. On the night of Saturday, August 28, 2005, much to movie fans’ horror, security was infamously breached. Memorabilia collector Michael Shaw had graciously loaned out his most prized collector item – one of the four pair of ruby red slippers worn by Judy Garland in The Wizard of Oz. Alas, the Judy Garland Museum in Grand Rapids, Michigan, the actor’s hometown, was lacking in suitable defenses. A thief simply crawled through a window, broke the case housing the cherished cargo and prowled off into the night. “As director, I am devastated,” said the museum head at the time. As for Shaw, “I felt literally my knees buckle from underneath. I had them and took care of them for over 35 years.” The $800,000 in insurance proceeds must have eased the pain given the initial $2,000 price Shaw paid in 1970. As for the crime, the mystery stood for 12 years.

Impatient investors must feel as if they’ve waited a dozen years to secure the treasure of 3000 on the S&P 500. With luck, they’ll only have to wait one more trading day to push the benchmark past the milestone. The index closed at 2999.91, a hair shy of the bogey. If only Jay Powell would have been a bit more dovish on the day core inflation sported a 2-handle for the 16th straight month and stocks hit all-time highs.

The only other data point that caught our eye landed us on a journey down a yellow brick road. As you can see, initial jobless claims in Kansas spiked 183% over the prior year at the outset of July. While we’re quite certain this is aberrant, we nevertheless were intrigued enough to investigate the state’s economy a bit further to see if this might be the start of a trend.

On the surface, the Kansas PMI, a state-specific manufacturing index compiled by Creighton University, suggests robust growth. At 55.9, the headline read sits at a seven-month high. That stands in stark contrast to the Kansas City Fed’s Manufacturing Survey which came in at zero in June, down from 4 in May and 5 in April. (Unlike most diffusion indexes where over 50 denotes expansion, in the case of the KC Fed, zero is the dividing line.) Granted, the KC Fed District encompasses Kansas plus the western third of Missouri, all of Colorado, Nebraska, Oklahoma and Wyoming and the northern half of New Mexico.

As per the KC Fed press release, “The change in manufacturing activity was mostly driven by a decline at durable production plants, especially for computers, electronic products, and transportation equipment.” This conclusion is the opposite of that of the Kansas PMI: “Durable goods manufacturers, including transportation equipment producers, reported solid gains for the month.”

A peek into the Sunflower State C-Suites suggests the spike in jobless claims could be tied to idiosyncrasies. Among the Top 10 companies headquartered in Kansas, Sprint is merging with T-Mobile, Payless ShoeSource is going bankrupt and Spirit AeroSystems supplies Boeing. With the disclaimer that one week of claims can easily be revised, the magnitude of the move nevertheless is large enough to be attributable to more than three companies.

At $110 billion, revenues at Wichita-based Koch Industries rank it the second largest privately-owned company in the country. The massive conglomerate employs more than 120,000 employees in 60 countries and conducts about half its business in the United States. No doubt, the trade war and farm crisis have done little to flatter their chemical and fertilizer operations. Kansas’ second-largest company, Kansas City-based Butler Transport is in the businesses of shipping freight and trucking. We would add that the state’s 11th largest firm, Shawnee Mission’s Seaboard, is a multinational transportation conglomerate.

Add the one-off situations to the trade war narrative and you begin to appreciate why July is off to such a rough start for Kansas workers. If the supply chain is breaking down hard, as one headline after another suggests, then transports would reveal it in real time, in a weekly series tracking the state’s job market.

What’s at the end of the yellow brick road? In the case of Kansas, we don’t have granular data for the state via the Kansas PMI. What we do have are backlogs within the KC Fed index which have contracted for five of the last six months, the worst stretch since the Industrial Recession.

Odds are good the maverick “dot” predicting a 3% fed funds rate via the Fed’s dot plot, an anonymous depiction wherein the 17 members of the FOMC forecast where rates are headed, was uber-hawkish Kansas City Fed President Esther George. If Kansas’ claims are no fluke, it will likely not take the 12 years it took the FBI to recover the ruby red slippers. George will be singing with the doves in no time.