Now that’s a mouthful! The origin of the Swedish word smörgåsbord is a marriage of smörgås (“sandwich,” usually open-faced) and bord (“table”). Smörgåsbord had its coming out at the 1939 New York World’s Fair when it was offered at the Swedish Pavilion’s “Three Crowns Restaurant.” These celebratory meals offered guests a range of dishes laid out for their choosing. In restaurant-speak today, especially in the Las Vegas of yesteryear, smörgåsbord has become the “buffet,” resplendent with as many dishes as diners can imagine eating to their stomach’s content. Our favorite real-time U.S. labor site, DailyJobCuts.com, recently revealed the closing of a location where Dr. Gates first partook of smörgåsbord. We were saddened to learn that The Manor, a West Orange, New Jersey catering facility that hosted families and the famous, from Stevie Wonder to Ronald Reagan, is closing its doors. Per the owners, “Unforeseen circumstances. Operating through the pandemic and then record inflation brought us to a point where we had to make that abrupt and hard decision. It was not made lightly. We’ve been here 66 years and were hoping for a hundred.”

The Manor joins a frighteningly long list of business closures which hit successively higher records in data back to 2009 in December and January, an accelerating trend that’s bled into February. Yesterday’s U.S. international trade report revealed a sudden stop of a different nature.

Real U.S. total goods trade (exports plus imports) contracted for a second consecutive month in December, falling -1.3% year-over-year (YoY) after a -0.7% drop in November. As recently as September, this gauge for the volume of goods departing and arriving through the nation’s ports was expanding at a 9.4% YoY pace, twice that of its long-run average of 4.7%. The -10.8-point swing from September to December has only one pre-pandemic comparison — January and February of 2009, in the heat of the Great Recession (orange line).

Zooming in on the fourth quarter, real goods exports fell at a -12.3% quarter-over-quarter (QoQ) annualized rate vis-à-vis the third quarter, while imports declined at a -5.9% QoQ annualized rate. For exports, it was the first QoQ drop since 2022’s first quarter; for imports it was the third straight sequential drop. The pandemic aside, the -8.4% QoQ annualized decline only compares to the 2001 and 2007-09 recessions.

The trade compression theme is a ‘has been,’ – it’s been a global phenomenon for the better part of six months. S&P Global’s manufacturing purchasing managers’ indices (PMIs) paint the canvas. In the six months ended January, 85% or more of 34 countries tracked, reported contraction in new export orders. It’s no coincidence that the present ubiquity of this narrative has rival episodes in the 2001 and 2007-09 recessions.

According to the Netherlands Bureau of Economic Policy Analysis, world trade volume, in a series that lags the U.S. data by one month, posted a similar outright contraction in November. The -1.5% YoY showing echoes both pre-pandemic recessions and also compares to weakening that unfolded in the second half of 2019 during the U.S./China trade war (purple line). ISM’s contraction signals from export and import indices (light blue and yellow lines) flag a continuation into 2023’s first quarter. While global trade compression is a crucial symptom of recessions, it takes more than crumbling international trade to convince market participants that a U.S. contraction is imminent.

Enter the ManpowerGroup Employment Outlook Survey. Since 1962, the Survey has reported employers’ intentions to increase or decrease their workforces in the upcoming quarter. The latest reading for 2023’s first quarter did not corroborate Friday’s blowout nonfarm payroll number. Expectations for the current quarter fell to a net 29%, down for the second straight quarter from 2022’s third and fourth quarters of 38% and 33%, respectively. The post-COVID peak of 46% was clocked in 2021’s fourth quarter (green line).

As explained by ManpowerGroup Chairman & CEO Jonas Prising (bolding ours), “…there are early signs of labor markets softening and hiring intentions moving lower given the economic headwinds we are experiencing.” Curiously, tech was cited as being relatively impervious. We propose that one month after the January 5th publication date, that exception is no more.

The abrupt and hard cooling in the Manpower measure has shown back-to-back YoY declines of -13 and -12 points in the fourth quarter and the first quarter, respectively. At the risk of repeating ourselves, this weakness only compares to the prior two pre-pandemic recessions. For what it’s worth, the ManpowerGroup Employment Outlook doesn’t get revised, which we can’t say is the case for the massive lag time we’ll have to wait to see revisions in the nonfarm payrolls data. Who, we ask, has time to wait a full year for the benchmarked payroll data from April 2022 to March 2023?

No matter how you fill your plate with a smattering of scrumptious economic data choices over the course of 2023, our advice is to give all labor series a try. Labor is the key to the inflation outlook. An incredibly harsher Federal Reserve Chair Jerome Powell said as much yesterday when he characterized the job market as “extraordinarily strong.” Though we’re certain he’s watching all data, for now, he continues to hide behind the most lagged labor he can find. With deference to his motives, we’ll keep our eyes on old-school series like Manpower that have been around as long as The Manor, neither of which should be forgotten.

February 8, 2023 Daily Feather
Now that’s a mouthful! The origin of the Swedish word smörgåsbord is a marriage of smörgås (“sandwich,” usually open-faced) and bord (“table”). Smörgåsbord had its… 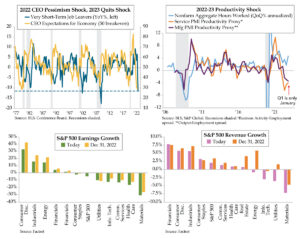 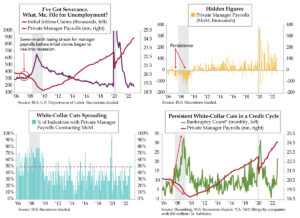 February 6, 2023 Daily Feather
As any affluent ancient Athenian worth their toga could have attested, wet nurses have long been a staple in prosperous households. There are Biblical references… 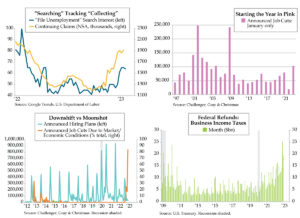 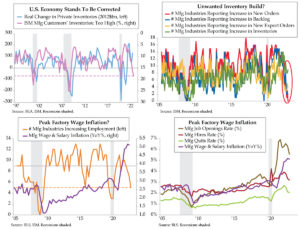 Your Middle Name Is…?

Your Middle Name Is…?

February 2, 2023 Daily Feather
To grasp where the middle came into play, you have to first understand the role the first played. First names give us a way to… 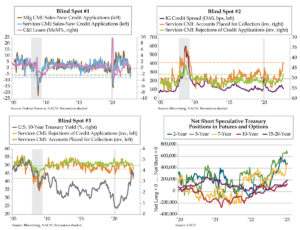 February 1, 2023 Daily Feather
For more than a century, automobiles have featured rearview mirrors, which is a good thing. How else would officials at the Federal Reserve have driven…

January 31, 2023 Daily Feather
So young was 1930s radio technology, it stunted police communication. A limited number of channels meant officers couldn’t linger on lines as it prevented other… 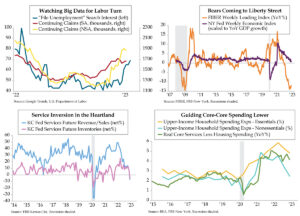 January 30, 2023 Daily Feather
Every Feather is inspired. The word “inspired,” however, should conjure positivity. Escaping Vail from Saturday into Sunday is a case in point. While the conference… 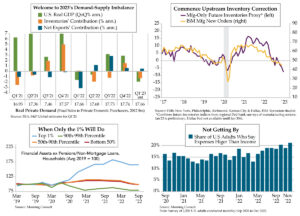 Baraboo in the Rockies

Baraboo in the Rockies

January 27, 2023 Daily Feather
Roughly 1.7 billion years ago, Baraboo Quartzite formed in what would one day be the Wisconsin Glacier. When it receded 15,000 years ago, it left… 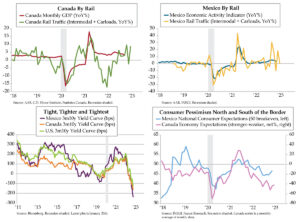 From Banff to Chihuahua and Back

From Banff to Chihuahua and Back

January 26, 2023 Daily Feather
Romance on the rails transports one back to a bygone era when traveling had no notion of Wazing through highways hoping to one-up fellow road… 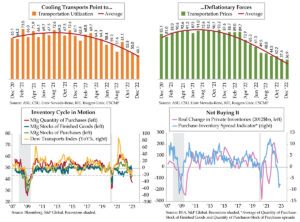