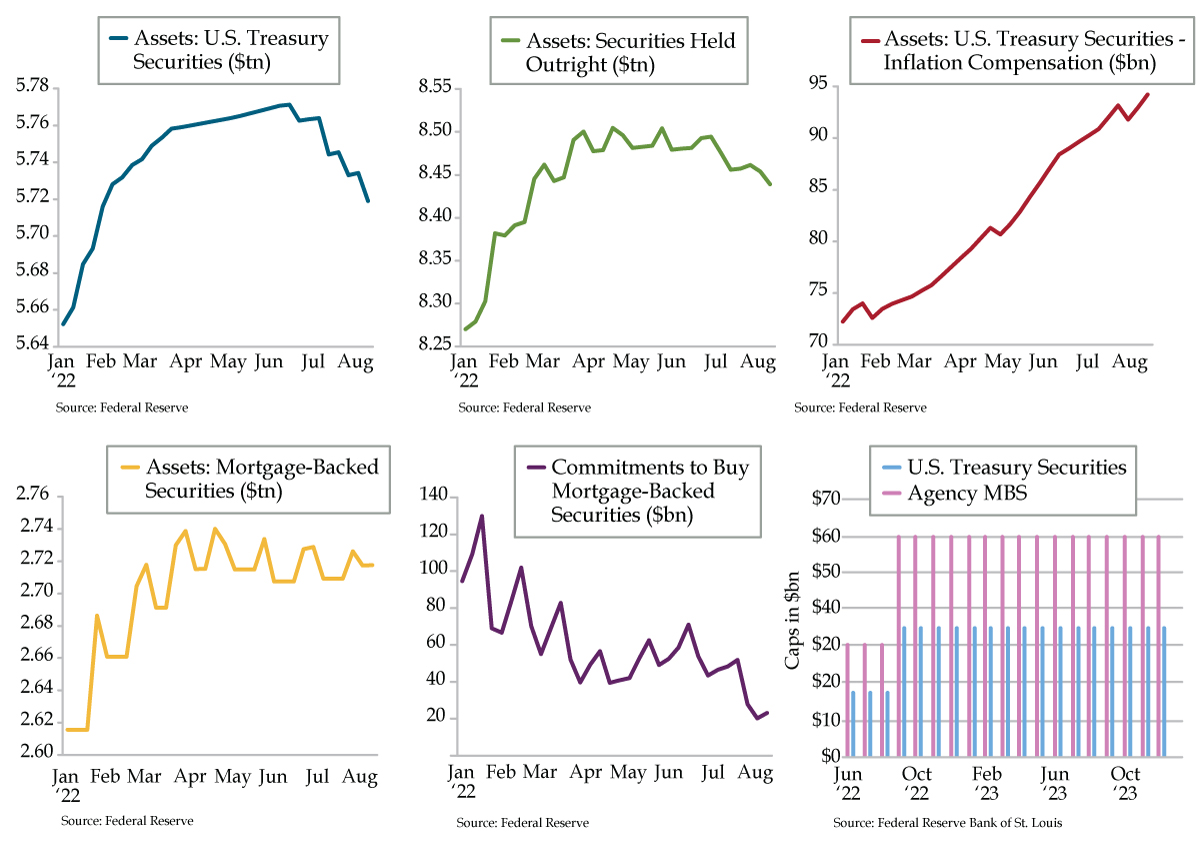 Recently, my integrity was publicly questioned. It was deeply unsettling. The accusations, and there were a handful, was that I was a “shill,” hawking the Federal Reserve’s policy of Quantitative Tightening (QT) even though, in truth, the Fed was still engaged in Quantitative Easing (QE). After the anger faded, replaced by benevolence for those who fundamentally misunderstand the Fed’s public blueprint (linked here) to phase in QT, the wordsmith in me took over.

“Shill.” What a word! According to the original 1914 entry in the Oxford English Dictionary (OED), the verb’s definition is circular: “to act as a shill.” The noun, however, is much more satisfying: “a decoy or accomplice, especially one posing as an enthusiastic or successful customer to encourage other buyers, gamblers, etc.” Though the OED declares of the word’s etymology, “unknown,” the Chambers Dictionary of Etymology connects the word “shillaber” originally associated with a “circus or carnival. Additionally, Chambers proposes that the “shilling,” a former British monetary unit, is derived from an Old Frisian or Old Saxon coin called the skilling, which itself is derived from one of three ancient roots: skell (to resound), skel (to divide, as of gold or silver), and skeld (shield).

Skepticism surrounds this interpretation given hard money, by definition, is not false. Decisive actions are, conversely, true. The sheer level of misinformation swarming my Twitter feed and that of other “shills” for the Fed’s “fallacious” QT prompted me to reach out to Joseph Wang, who hangs his hat in Estonia these days. In his past life, Wang was a senior trader at the New York Fed. Yes, he does know a thing or two about the workings of the Fed’s balance sheet.

After last week’s latest batch of conspiracy-theorist teeth-gnashers sprang free spewing more nonsense yet on my feed, I reached out and asked Wang what was so hard to understand about the maturity schedule of Treasuries that’s prevailed since we first took Finance 101. I was one of the first to Tweet that the Fed’s QT could not start until June 15th, the first maturity date after the campaign was underway. This would be followed with more roll-off on the last day of the month and ramp up to full throttle by the end of September as clearly depicted above. Rather than empathize, Wang graciously offered to appear as a guest to set the record straight in a straightforward manner, via a QT Primer. With that, I hope the QI community can join me in welcoming Wang’s insights.

The Fed is executing QT exactly as it promised, even if it may not appear that way. Fed data seems to indicate that they are not hitting their monthly QT targets (or maybe even purchasing more assets), but such conclusions reveal an inherent misunderstanding of certain details of the Fed’s balance sheet. This post seeks to dispel this misunderstanding by showing how Treasury Inflation Protected securities (TIPsa) adjustments inflate the size of the Fed’s Treasury holdings, and how the timing of MBS purchases settle obscure declines in Fed MBS holdings. QT is in train, and it will become even clearer when the pace picks up in September.

Fed is Not Buying Treasuries

The Fed’s Treasury portfolio continued to grow even after QE due to principal adjustments from TIPs, a type of Treasury intended to protect the investor from inflation by adjusting the principal of the security each month by CPI. For example, $100 principal invested in TIPs would be adjusted to $110 principal after a year of 10% inflation. The Fed’s $370 billion holdings of TIPs is increasing due to elevated inflation, which is also separately broken out as “inflation compensation.” That growth in turn shows up as small but steady increases in the total Treasury holdings.

The Fed’s policy of settling MBS purchases within a three-month window adds another wrinkle to understanding Fed MBS holdings. The Fed is the largest investor in the MBS market and aims to minimize any potential disruption by postponing MBS settlement if it judges that postponement would improve market functioning. This means some of the increases in the Fed’s MBS portfolio could arise from purchases conducted three months ago, including purchases from reinvesting principal received the period between the end of QE and the start of QT. These delayed settlements are recorded as commitments to buy MBS and have steadily declined over the months. These commitments obscure the steady drop of Fed MBS holdings but will dissipate in a few months.

QT is taking place exactly as the Fed has telegraphed and the balance sheet declines will become more apparent in the coming months. Soon the QT pace will quicken, and all past-purchased MBS will have settled. From that time, the Fed’s balance sheet will clearly and steadily decline each month.

If you are interested in having a deeper understanding of how liquidity flows on the Fed’s balance sheet, you can check out my online course on the subject.

One last note on MBS. If the Fed does deploy the nuclear option and sells MBS outright, which is doubtful, and incurs a loss, the law allows the Fed to amortize for 10 years said loss by way of a 1/10th per year reduction in remittances it sends every one of those 10 years to the Treasury Department. As much as it might anger Elizabeth Warren, such an outcome would not mean the Fed was insolvent. Much more likely, as Powell has indicated, QT shifts to Treasuries making up for any MBS QT monthly deficit to offset what’s not satisfied under the cap due to insufficient prepayments.

WQIB EMPIRE ON WHICH THE SUN NEVER SETS

WQIB M is for Mousseau